This publication was carried out as part of the “Facilitation of implementation of the human rights European standards in Ukraine ” project of the Council of Europe and European Union cooperation framework for the Eastern partnership countries.

CHAPTER I. DETENTION OF A PERSON ON A SUSPICION OF COMMITTING A CRIMINAL OFFENSE: ANALYSIS OF LEGISLATION AND PRACTICE OF LAW ENFORCEMENT AGENCIES 8

1.1. Grounds and procedure for arresting a suspect 9

1.2. Recording the process of arrest and all actions towards the detained person 20

CHAPTER II. Officials responsible for detainees’ stay in the prevention system from the improper treatment in the work of National Police 27

2.1.1. “Official, responsible for the stay of detainees,» – definition according the article 212 of the Criminal Procedure Code of Ukraine 28

2.1.2. Operational officer of the operational-duty unit of the National Police 31

2.1.3. Official, responsible for the detainees’ stay in the temporary detention facility of the National Police of Ukraine (TDF on duty) 32

2.1.4. Overlap and duplication of the controlling functions over detainee rights insuring among National Police officials 34

2.2. Organisational issues of officials’ activities and their role in ensuring

the constitutional rights and freedoms of detainees 44

The European Committee for the prevention of torture focuses on three fundamental rights of detainees: the right to notify the third party about his/her detention by choice (family member, friend, Consulate), the right of counsel and the right of medical examination by a doctor by choice. The Committee considers these rights to be the three main guarantees against ill-treatment of detainees and should be applied from the very beginning of detention 1. At the same time, the Committee notes that the basic guarantees provided to persons detained by the police will be significantly strengthened (which in turn will also facilitate the work of police officers) if a single and complete dossier is maintained for each detained person, where all aspects related to the detention of the person and all measures taken will be captured.

The new Criminal Procedure Code of Ukraine, which entered into force in November 2012, took into account almost all of the above-mentioned recommendations of the Committee. Among the most important innovations, it is worth noting the introduction of the institution of officials responsible for detainees. Article 212 of the Criminal Procedure Code stipulates that a division of the pre-trial investigation body must contain one or more officials responsible for the stay of detainees. Such official is obliged to: immediately register the detainee; explain to the detainee the grounds for his/her detention, their rights and obligations; release the detainee once the requirements for detention ceased to exist or the period for detention, provided in the article 211 of the CPC, expired; ensure proper treatment of the detainee and its compliance with the norms of the Constitution, Criminal Procedure Code and other laws of Ukraine; to ensure the recording of all actions carried out with the detainee, including the time when they started and finished, as well as persons who conducted them or were present during such actions; ensure the prompt provision of adequate medical care and fixing a medical professional for any bodily injuries or deterioration of health of the detainee.

While visiting Ukraine in 2013, the Committee noted the introduction of “guard officers” positions as a positive achievement. In the view of the Committee, this position has the potential to improve the performance of the legal safeguards mentioned above. However, the delegation observed  that there was no unified practice for selecting “guard officers” and their working methods in 2013. In addition, it turned out that the “guard officers” were not offered special training to perform their duties. As a result, the impact of this measure varied significantly depending on the region or even the institution.

These shortcomings are also reflected in the reports of the Commissioner for human rights on the results of monitoring visits of the National Preventative Mechanism (NPM) to Internal Affairs bodies and divisions. It was found out that today, in particular, the institution of “guard officers” does not actually perform its functions to prevent improper treatment of detainees. Thus, in most of the Internal Affairs bodies visited, these officials were either not appointed at all, or were performing their functions improperly. As a rule, such persons are appointed in investigative units, which automatically leads to a conflict of interest: after all, it is the investigative units that conduct pre-trial investigations, and, accordingly, quite often they are the main perpetrators of the rights of detainees.

Moreover, the attention should be drawn to the actual lack of internal legal manual for the activities of “guard officers”, a unified accounting and reporting system, an efficient system of professional training, and so on.

With all abovementioned, the Council of Europe, in liaison with the experts of the Expert center for Human Rights and the National Police,  the Office for human rights in particular, launched a comprehensive study of the institution of officials responsible for the stay of detainees, in order to identify the causes and conditions that hinder its successfull functioning, and to develop productive recommendations for the higher management of the National Police on the improvement of the

registering of detained persons, as well as increasing guarantees of their protection from ill-treatment.

The main purpose of the study is to assess the effectiveness of the institution of officials responsible for the stay of detainees as a mechanism for preventing inappropriate behavior in the activities of the National Police of Ukraine, which includes an analysis of the legislation and practice of law enforcement agencies.

* to analyse the grounds and procedure for arresting a person on suspicion of committing a crime, as defined by the legislation of Ukraine and the practice of its application by employees of the National police;

*to identify the main legislative gaps that pose a threat of human rights to be violated during the arrest process;

to analyse the legislative background of the activities of officials responsible for the stay of detainees;

* to determine the organisational issues related to the activities of officials and their role in ensuring the constitutional rights and freedoms of detainees;

*to assess the effectiveness of the institution of officials responsible for the stay of detainees as a mechanism for preventing inappropriate behaviour in the activities of the National Police of Ukraine, which includes an analysis of the legislation and practice of law enforcement agencies. 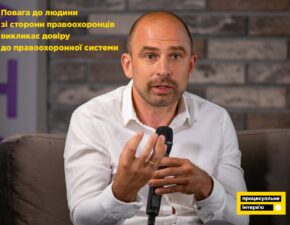 Presentation of the Investigative Interview Methodology 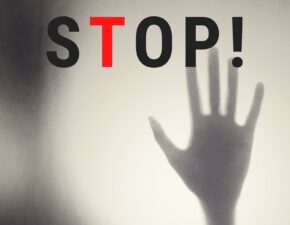 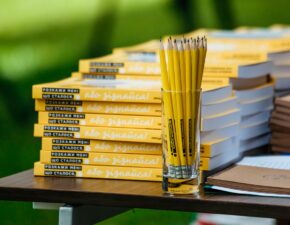 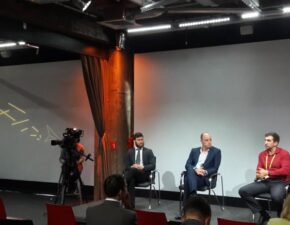 #JustConf 2020: the most interesting part 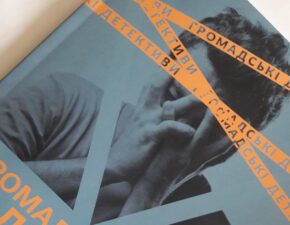 Manual for public detectives has appeared in Ukraine